Details of the plan are still being worked out, but both the US refugee resettlement program and the humanitarian visa program will be utilized, with an emphasis on reuniting families. The US hosts the third-largest Ukrainian diaspora in the world, after Russia and Canada.

World Relief, which has resettled 7,300 Ukrainian refugees—representing 4 out of 10 admitted to the US—over the past decade, welcomed the announcement.

“We are in close contact with many of these individuals, almost all of whom have loved ones now at risk in Ukraine,” stated president and CEO Myal Greene in a press release, “and we’re grateful that President Biden’s announcement today seems to open up the likelihood of expedited family reunification and other avenues of protection.”

“Most Ukrainians who make the difficult decision to leave their homes are relatively safe in neighboring European countries, where most would prefer to stay, in part because they hope and pray to return soon to a safe, free Ukraine,” stated Greene. “But for those who have family in the US or for whom voluntary repatriation is impossible, some may prefer the option of resettlement to the US, where we are also eager to welcome and support them as they replant their lives.”

Over the past week, CT visited nine churches and church-run refugee centers in Poland, including in Warsaw, Krakow, and smaller cities near the Polish-Ukrainian border.

Local pastors told CT they don’t know of any evangelical church in Poland that’s not involved in helping Ukrainian refugees in some way, whether hosting them, picking them up at the border, feeding and clothing them, finding longer-term accommodation, providing transportation to other cities or countries, or sending trucks and vans full of supplies to Ukraine.

“I’d be surprised to know of any church that isn’t involved,” said Czeslaw Kushider, lead pastor of Nazaret Pentecostal Church in Przemysl, a city about a 20-minute drive from the Ukrainian border. His congregation has turned every room in the church building, including his pastor’s office, into sleeping areas for passing refugees, with volunteers working round-the-clock.

Most evangelical churches in Poland are small, averaging about 80 to 100 members per congregation. But from the day the Russian military invaded Ukraine on February 24, causing now more than 2 million people to flee into Poland, churches were one of the first groups to respond, mobilizing at a speed and efficiency rivaling or surpassing government agencies and big humanitarian organizations.

For example, Chelm Baptist Church, an 80-member congregation about a 30-minute drive from the border, was already hosting up to 200 refugees a day in its church building within the first week—a full week before city officials opened up a bigger government-run refugee center in Chelm. Within the first two weeks, this little Baptist church had already hosted more than 3,000 refugees with its small team of volunteers comprised of church members and neighbors.

Part of the reason churches were able to move so quickly, Polish pastors told CT, is because these churches already have existing relationships with churches in Ukraine and other churches across Poland and Europe. Since most of the refugees are women and children, many worry about the risk of human trafficking but trust churches as places of refuge. For those who don’t know where to go, churches from other cities and towns in Poland, or from countries as far out as Spain, connect with each other and help refugees transit from one church to another.

Kushider, the pastor in Przemysl, said like many churches in the US his congregation has been divided amid the pandemic. But today, he’s witnessing a unity within his church and others that he hasn’t seen before.

“This challenge changed us. People are working together,” he told CT.

“If someone had told us that we would be able to do what we’re doing now, we would have said that’s impossible. But God surprised us and said ‘With me, it’s possible,’” said Kushider. “This experience has expanded our horizons of what we can do as a church together.”

However, many of these churches are also running out of resources. One pastor in Warsaw told CT his church used to operate its building about once a week. Now it’s running 24/7, and he’s dreading the electricity and heating bill coming at the end of this month.

Every Polish pastor CT talked to said they don’t need more people from other countries flying into Poland, especially in large groups with volunteers who don’t speak Ukrainian, Russian, or Polish. They need every space they can get for the refugees.

Instead, what they need most is money to fund the already-existing efforts on the ground. They need money to pay bills and rent, and to fuel the cars and buses and trucks that deliver supplies and evacuate refugees. (Gas is one of the biggest expenses right now.)

Polish pastors also urge Christians across the globe to pray.

“We never expected that 75 years after World War II, and 67 years after the collapse of Stalin, someone else would rise up with the same evil spirit,” said Marek Kaminski, bishop of the Pentecostal Church of Poland. “Pray globally. Fast globally. We need this war to be stopped.” 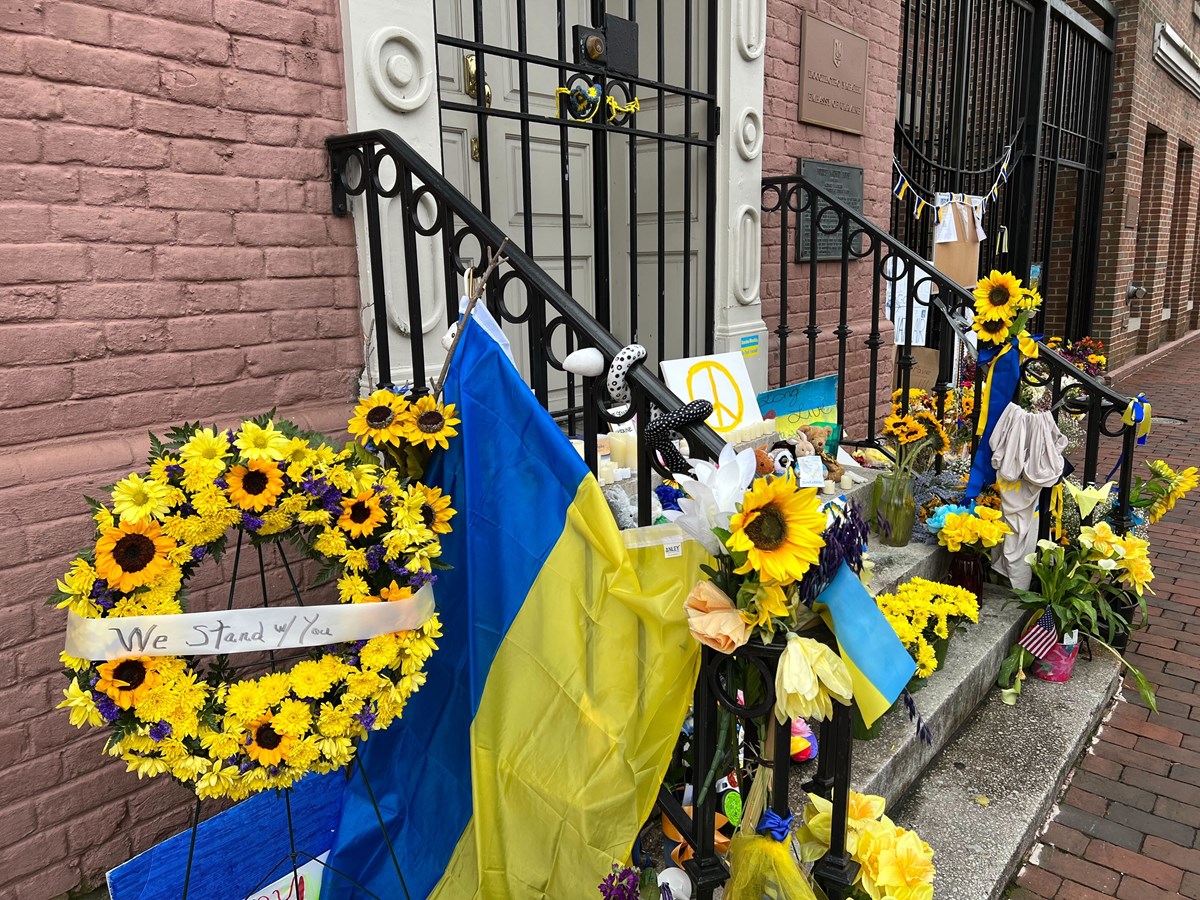 Signs of support placed in front of the Ukrainian Embassy in Washington DC on March 24, 2022.

This article will be updated.

The Best Chest Workouts for Muscle Mass, Strength, and More